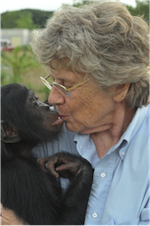 "When Marian Brickner heard that Bonobo apes were on the verge of extinction, she wanted to do something. She followed her new passion, taught herself how to use a camera and began to advocate for the smallest ape species on earth. She became a wildlife ambassador and her passion grew. She found an enduring connection between herself and her subjects her work became more fun and exciting. Marian literally and courageously had to reinvented herself to make a broader difference. I admire Marian Brickner's work ethic, stamina and boundless energy. In general, I only wish I could match her enthusiasm for life. Her photographs document the love and care she brings to each project. She inspires me."
Karol Von Flowtow

“Marian’s dedication to her subject goes a long way in getting her perfect shots.  Her equipment just makes it a little easier to get what she is after.“
~Mike Pinell

"Marian has a rare gift, which combines remarkable skills of empathy, communication and visual art along with a high level of technique."  ~Richard Milner 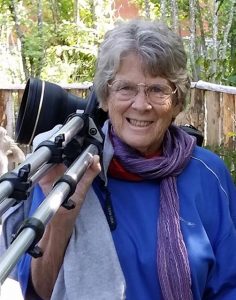 In this era of limited attention spans, the New York transplant is an anomaly. With a preconceived image in her head, whether of a bulging-eyed green praying mantis, its forelegs in an upswing, or of five horses lined up, Radio City Rockette-style, she waits for that image.

No matter if it takes hours, days or subsequent returns months or years later. When she’s got the photo, she’s got it. And then she goes home.

This could make Brickner — 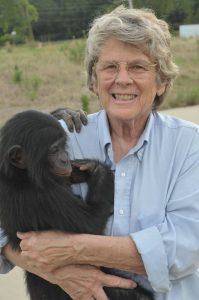 whose animal and animal-and-human photos have graced the covers of internationally distributed textbooks, been splayed across a billboard in the French countryside, and appeared in calendars as well as  National Geographic Kids — one of the world’s fastest or slowest photographers, depending on where you catch her in the creative process.  ~STL Jewish Light 2017